On June 11th, Buckeye Nation came together at the Fawcett Center for the 2019 Inspiration Awards presented by inTeam (an arm of Central Ohio Fellowship of Christian Athletes) to honor Buckeye great William White. White was a four-year starter at cornerback for the Buckeyes under Earle Bruce and went on to have an 11-year career in the NFL.

JD Bergman, the founder of inTeam, talked about their mission to be a light in a world that is inundated with messages of negativity, especially on the internet and in social media.

“We share stories…The problem isn’t that there aren’t phenomenal leaders and phenomenal men in our culture…Kids are bombarded. If a teenager spends 5 hours a day on social media, they are 70 percent more likely to commit suicide.”

This is where inTeam steps in to reach kids where they are with honest, authentic videos from coaches and athletes around the world. This provides a beacon of inspiration to many young people who have lost hope.

William White was a natural choice to be the recipient for the 2019 Inspiration Award for his ability to display courage in the face of great adversity.

White was diagnosed with amyotrophic lateral sclerosis (ALS) in 2016. ALS, also known as Lou Gehrig’s disease is a progressive disease which affects the motor neurons and causes greater and greater muscle weakness over time. ALS is 100% fatal as the person eventually loses the ability to move and usually succumbs to respiratory failure within 3 to 5 years of the initial onset of symptoms. 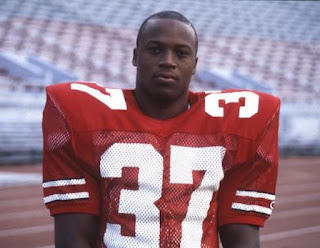 Facing such a horrible diagnosis would cause a great deal of fear for the average person and could even lead to despair. White, however, has relied on his strong faith in Jesus Christ to carry him through this trial. This has allowed him instead to use it as an opportunity to serve and encourage others who are going through some of the same struggles he is.

After an opening prayer by Keith Byars (a teammate of William), Coach Urban Meyer took the podium and shared the mystery to the Buckeyes championship in 2014. The mystery was that the team had learned to put their teammates before themselves. This advice carries over into all areas of life.

Jim Tressel took the podium next and shared how William White has always kept perspective and possessed this quality of putting others before himself.

“All of us who were here back in the 80’s and all of us that had been touched by William know what he is all about…Watching William’s life on the field…and his impact when he came back to town has been extraordinary.”

Tressel talked about the impact William had on his players when he came back to visit.

“He always had a message that resonated. He was always there for all of us that had a need. He has demonstrated that it’s all about God and what God wants him to do. And there is no challenge too great. He is going to make sure that he impacts every single day.” 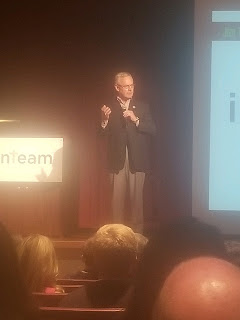 Perhaps no one knows the character and humility of William more than Chris Spielman, who was a teammate of William in both college and the NFL.

Chris shared a verse from 2 Timothy 1:7 which embodies the spirit of the Inspiration award.

“It’s nice to say, but when you’re called to actually live that by your actions some of us may wilt a little bit, but not William.”

The 2018 Inspiration Award winner and Olympic and world champion wrestler Kyle Snyder then took a moment to share how William has inspired him.

“When I think about William and the way that he is struggling and suffering. He does it with joy and with happiness in his heart because he knows he has been given the power to live a steadfast life and to have endurance.”

“I’m trying to walk my faith out just as I’m sure many of you are, and when I see examples like William, it just makes it easier for me to do it and I’m encouraged by it.”

William was then welcomed up on stage with Kyle and was presented with a $10,000 check to the William White Family Fund for ALS and then given the 2019 Inspiration Award. 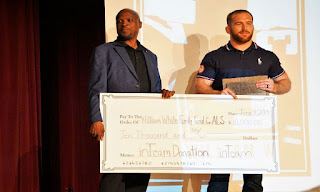 William challenged the audience to inspire and encourage others by sharing their own story of how they have gone through trials and come out on the other side victoriously.

“Everyone in here can inspire someone. There is someone who is going through the exact same thing.”

“We have to inspire our youth and anyone that you know. There’s always going to be challenges, but at the end you just keep fighting.”

William explained that our lives are not about ourselves. We are to love God with all our hearts and then love our neighbors as ourselves. Before we can love others though, we first have to love ourselves and accept our purpose in life.

“You are really here for others and not yourself,” William said.

He then shared the verse from Philippians 1:21, “For me to live is Christ and to die is gain.”

While we are here on earth, we are to serve the Lord, but even when we are taken home, we win.

William next talked about how he counsels other people with ALS who are going through similar struggles.

William next challenged the audience to consider their own mortality and the fact that no one knows when they might die.

William stressed the importance of making every day count and choosing to be joyful no matter the circumstance.

“You never know. That’s why the Bible says, ‘This is the day that the Lord has made. I’m going to rejoice and be glad in it.’ He gave me this day. I’m going to enjoy it and do what he wants me to do because again when the day comes that I don’t wake up. Guess what? I win”

Friend's gather in prayer for William. Photo courtesy of inTeam. 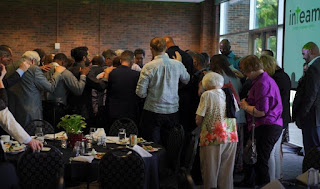 Through all the trials of having ALS, William has maintained an eternal perspective.

“Don’t ever feel sad about me or all that junk about what I’m going through. As I told my doctor…I said I promise you God is not up there in heaven looking down saying, man I didn’t see that coming.”

Lastly, William again reinforced to the audience the importance of sharing their story. To not be ashamed of their past, but to use it to impact others.

“All you need to do is keep walking. If you keep walking you will get through the valley and God will be right by your side.”

If you would like to make a donation to the William White Family Fund for ALS you can do so here.