Interview with Dom Tiberi: Maria’s Message, a Message of Love

“There lived once a young girl whose perfect grace of character was the wonder of those who knew her. She wore on her neck a gold locket which no one was ever allowed to open. One day, in a moment of unusual confidence, one of her companions would be allowed to touch its spring and learn its secret. She saw written these words— “Whom having not seen, I love.” That was the secret of her beautiful life.”
Henry Drummond

In 2016, there were 13,999 wrecks involving distracted driving compared to 13,271 in 2015. The leading cause of death in children ages 8-24 in 2017 is car crashes. For Dom and Terri Tiberi, these statistics are more than just numbers, they are personal.
On Sept. 19th, two days after the 4th year anniversary of his daughter Maria’s death, Dom spoke passionately in support of House Bill 95 at a Senate subcommittee hearing. HB 95 will provide tougher penalties for moving violations which occur while driving distracted. The bill is a great start to hold people accountable for distracted driving by hitting them where it hurts, in the pocket book.

Legislation can only do so much though; It is hearts and minds however, that need to be reached so that real substantive change can occur. Tiberi has been fighting this battle for hearts and minds daily for the last four years ever since his daughter’s death.

Dom is the weekday sports anchor of 10TV News HD and the co-host of Wall-to-Wall Sports, seen on weekends at 11:30 p.m. on 10TV.  Known for his rich baritone voice and gregarious personality, he has become a fixture in Central Ohio having covered OSU, high school sports, and professional sports for the 10TV family since 1981. Dom is not only known for his love for sports, but his love for his family.

The father daughter relationship is both special and singular.  Maria Elizabeth Tiberi, the middle child of Terri and Dom Tiberi was affectionately known by her father as “the attorney.”  Maria was known for arguing her sibling Kelsey or Dominic’s cases when they got in trouble. 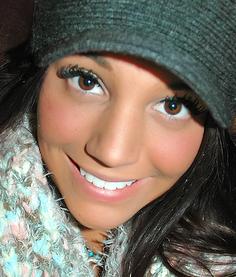 As Maria got older, the loving father and daughter bond she and her father had developed only strengthened. They would talk everyday using the latest social media invention including Snapchat or FaceTime. In the fall of 2013, Maria was back home after finishing up her semester at OSU where she majored in Graphic Design.

Maria had two sayings in her young life, “Live and let live,” and “I love you more.”

On September 17th, 2013 at 10:38pm, Maria left the house for a late-night study session. Her mother’s words to her as she walked out the door were, “I love you, Maria,” to which Maria responded, “I love you more.” These were the last words they would ever hear.

Dom had an uneasy feeling that night after Maria left. He sat in what he called his “worry chair” which faces the pictures on the wall of his precious children; it’s a chair every parent has.

At 2:27 AM, Dom heard the doorbell ring five times and his life would never be the same.

“I looked out the side window and saw 7 policemen standing on my porch. As I opened the door I knew something was wrong. I saw the Chief of Dublin police, a friend of mine, Heinz von Eckartsberg.

I remember Heinz asking me, “Dom, does Maria drive a red car?” I said yes. He then said the words that no parent ever wants to hear. “Dom, I don’t know how to tell you this, but Maria was involved in a horrible accident and she did not survive.”
I will never forget the sadness in his eyes and in his voice as he told me. Heinz is a dear friend…and I will never forget that he was there for my family and me. I will never forget the sadness in all the officers’ faces. They cried with me that morning.” (Maria’s Story, Columbus Dispatch 3/13/2016)
No drugs or alcohol were found in Maria’s system and no texts or phone calls were made around the time of the accident. Police determined that the accident was attributed to distracted driving due to there not being any signs of breaking before Maria’s Corolla collided at 53 mph with the rear end of a semi-truck.
In the immediate aftermath of the accident, Dom thought about not going back on television, “When this happens, it’s a shock to your system.” He related that he didn’t care whether he lived or died. Dom told his wife, “If I’m going to do what I do to make a living, we are going to have to embrace this. We are going to learn to embrace the pain.”
On the advice of former OSU president Gordon Gee and the late John F. Wolfe (former CEO of Dispatch Printing Co.), Dom went back to work. Maria’s funeral was on a Monday and Dom went back to work on a Wednesday.
Dom credits his 10TV family with saving his life. He also expressed great gratitude to those in the Ohio State community, “We will always have a special place in our hearts for the Wolfe family, Jack Nicklaus, Coach Urban Meyer, Coach Thad Matta, Gene Smith and Ohio State.” 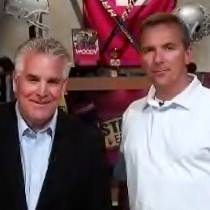 Through the strength provided from that initial outpouring of love from 10TV, the counsel of John Wolfe and many others around the country, Dom and his wife Terri started the Maria’s Message campaign.  Maria’s Message has now been been shared with over 60,000 kids. Dom just recently spoke at his 86th high school in Canal Winchester. He started speaking in the spring of 2014.
No matter how many times Dom has given his talk, it’s very difficult for him to share Maria’s story and it’s very difficult for kids to hear it. The response to Dom’s talks however, is always strong. Recently at Hilliard Davidson, kids came up to him in tears and hugged him.
After hearing Dom’s heartfelt and personal talk, kids are asked to take Maria’s pledge.  “Keep your hands on the wheel, your eyes on the road and your mind on driving.” 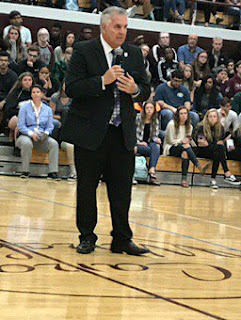 A key component of Dom’s talks is the use of virtual driving simulators to simulate distracted driving and to teach defensive driving. The simulators are very graphic and cut through the oversaturated sensory environment kids spend most of their days.
Dom hopes and prays that kids begin to drive like everyone around them is distracted, and as if their life depends on it, because at the end of the day it does.
In 2014, Dom and his wife Terri founded the nonprofit organization called the Maria Tiberi Foundation. They don’t make any money from the organization.  All contributions are directed into buying new driving simulators. Virtual Driver Interactive from California has been supplying the simulators. The cost per simulator is about $15,000.
Thus far, the Maria Tiberi Foundation has donated a total of 44 simulators to various police, county, and safety organizations around Ohio.  The police departments can then get the simulators in front of high school kids.  ODOT has also been gifted five simulators to use as they see fit throughout the state of Ohio.
The Maria Tiberi Foundation wouldn’t have been able to able to make this much progress without the kindness, compassion and great generosity of others.  The Columbus Police Department was gifted two simulators from the Buster Douglas Foundation and the Trey Burke Foundation. A simulator was donated to the Ohio State University police department through the generosity of Shelley and Urban Meyer and Coach Earle Bruce. Jim Tressel also helped to put a simulator in Mahoning County through Youngstown State University.
In addition to getting simulators in each county, it is Dom’s hope that one day all teens will be required to pass a simulator test as part of their Ohio driver’s license examination. The program is currently in the pilot stage at the Morse Road and Alum Creek BMV locations.
Dom doesn’t want any recognition for his efforts, “We don’t want any other family to go through what we did. Four years ago seems likes it was 30 seconds ago. We want to wake up from this nightmare. The holidays are always very difficult for us.”

Dom with his wife Terri, Maria, Kelsey and Dominic 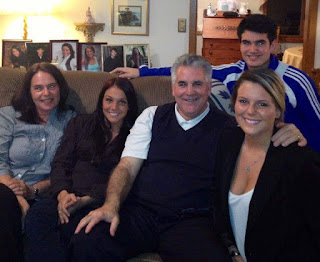 Dom stated recently, “You don’t choose this it chooses you; we need to be on the top of a mountaintop screaming because it’s so preventable. It’s an epidemic. I pray for the day we can say it’s no longer an epidemic.” (Thomas Gnau, Dayton Daily News, Sept. 12, 2017)
Dom is driven by an eternal love for his daughter and a deep love for others. He shares that Maria’s message is a message of love, “We want you to love yourself enough to keep yourself safe.”  Dom confesses that there is no way he could deliver Maria’s message on his own, “I know that there is no way that I could be doing this if my little angel wasn’t with me, she gives me the strength to do what I do.”
Dom will not rest until he gets a simulator in every county and in front of every kid in Ohio.  To date they have placed a simulator in 19 of the 88 counties with Hamilton and Hardin County being the most recent counties.
There is so much more work to be done, and rest assured, Dom will keep sacrificing himself and shouting from the mountaintops in order that no one’s son or daughter’s life is ever deprived by distracted driving.
“Greater love has no one than this: to lay down one's life for one's friends.” John 15:13
To help the Tiberi’s carry on Maria’s Message, please donate to The Maria Tiberi Foundation through Paypal or by mail to:
Maria Tiberi Foundation
P.O. Box 4225
Dublin, Ohio 43016
Nicholas Jackson