With all the anticipation and excitement that Michigan week brings, one special tradition quietly stands out in the Buckeye Community and it deserves to be spotlighted, so that it isn’t lost amidst all the clamor. On Tuesday Nov. 20th, the 4th annual John Hicks Unlimited Love event will be held at the Villa Milano Banquet Center in Westerville to benefit the Unverferth House, which provides free temporary housing to families of heart transplant patients.

The Off the Field Legacy of Dr. Unverferth

Our teams and players often become larger than life to us. We follow their every stat. We greatly value their exploits, and their accomplishments often become part of the tapestry of OSU lore. They become legends that we regale our children with, in order to pass on their great legacies and to honor their achievements.

Dr. Donald V. Unverferth wasn’t a statistical giant at OSU compared to the pass heavy modern offenses of today. He played under Woody Hayes from 1963 through 1965. Woody as you may know is famous for his three yards and a cloud of dust running offenses and who it is also attributed to him as saying, “Only three things can happen when you pass and two of them are bad.” Despite being part of a system that prioritizes the running game, Dr. Unverferth threw for 2,518 yards in his three seasons a mark which stood until Art. Schlichter eclipsed it in 1979. Dr. Unverferth had many memorable drives at the helm of the offense and held a 2-1 record against that team up north, a stat that alone solidifies his on-field legacy at OSU.  It was off the field that Dr. Unverferth, however, shined the most. 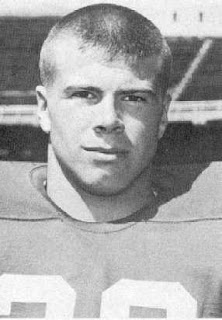 After his playing days were over, he continued his medical training at OSU and then served as a military physician. After his military service, Dr. Unverferth returned to OSU to receive his training in internal medicine with a specialization in cardiology; And so began a meteoric rise in the areas of cardiopathy and congestive heart failure as he became a world-renowned physician, eventually laying the foundation for the Ohio State Medical Center’s heart transplant program.

The world would only be graced with Dr. Unverferth for just a short time as his life was tragically cut short in his prime. He died in 1988 from a brain tumor at the young age of 43. If you want to understand how impactful a physician is in their life you can look to his colleagues and his patients.

Dr. Charles Bush, a colleague of Dr. Unverferth spoke to the Columbus Dispatch about his unassuming and humble nature. “Don was clearly a leader,” Bush said. “He was not somebody who would go around tooting his own horn.” It was out of this tragedy, however, that the idea for the Unverferth House was born. As a way to honor her late husband, Barbara Unverferth spearheaded the development of the House. She shared how the idea originated, “The idea really came from his patients, because they loved him dearly. He would’ve so loved something like that.” (Columbus Dispatch Feb. 4th, 2011)

A Home Away from Home

The Unverferth House has since served as a respite and sanctuary for heart transplant patients’ families since 1989. It is conveniently located at 190 King Avenue which is in close proximity to the Richard M. Ross Heart Hospital at the OSU Wexner Center in Columbus, Ohio. Over 200 families stay at the Unverferth house annually. Families are primarily connected through the social workers at the Ross Heart Hospital and the needs are so great that they are full 365 days of the year.


Picture of the Unverferth House located at 190 King Avenue in Columbus, Ohio 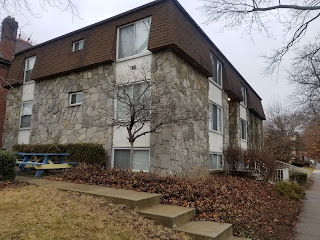 The Unverferth House consists of 8 apartments and a common area. Each apartment has a bedroom, living room, kitchen and a bathroom. Ann Carmichael, the Director of the Unverferth House listed the needs met by the House, “We provide everything. The only thing we tell people that we don’t provide is obviously clothes and then food in the fridge. We provide all the sheets, the towels, the toilet paper, the paper towels and the detergent. We have a laundry facility for them to use, but they are required to keep it clean.”

“If they are so ill that they can’t be at home and they are in the hospital waiting for a transplant, then their loved ones can stay at the house while they are waiting."

“Most of the time what happens is once they get their transplant, they are usually in the hospital anywhere from a week to three weeks and then they come over with their loved ones and spend a minimum of two to three weeks at the house close by,” Carmichael stated.

Mural in the common area at the Unverferth House 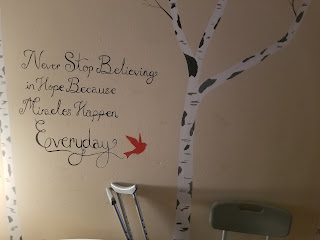 The House’s annual budget is paid for entirely through grants and private donations from friends who support the House. Imagine the costs that would be incurred from an out of town family staying at a hotel for a month? The House takes away this financial stress placed on a family already strained from exorbitant medical and travel costs; And it does it in an environment that is truly a home away from home, with other families that are undergoing the same shared difficulties.

"Me and my dad with a rainbow and a butterfly," painted by Katie Unverferth 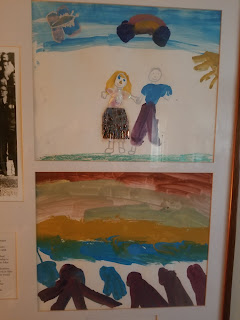 You can’t mention the Unverferth House without mentioning the off the field legacy of another Buckeye great, John Hicks. On the field, Hicks was a mountain of a man. He was the precursor to Buckeye legend Orlando Pace, winning the Outland and Lombardi trophy for the top lineman as well as finishing second in the Heisman in 1973, an award usually reserved for skill positions. When Hicks arrived, freshman were not eligible to play. He started as a sophomore in 1970 and helped lead the Buckeyes to the Rose Bowl. After suffering a knee injury and sitting out the 1971 season, Hicks returned with a vengeance, garnering back to back All-American honors and leading the Buckeyes to consecutive Rose Bowl appearances after the 1972 and 1973 seasons. 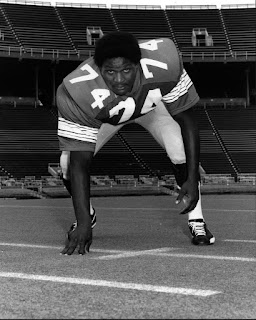 “In all that he did, he was a giant on and off the field, Archie Griffin told the Columbus Dispatch after Hick’s passing in October of 2016. Hicks was nicknamed the “Godfather,” because of his desire to help everyone in need on and off the field. He was involved with the Boys and Girls Club of Central Ohio and the Central Ohio Diabetes Foundation. Griffin went on, “Anytime someone needed help they’d call John.” He’d be organizing folks to help, whoever it was that needed the help.” He was just unbelievable man.” (Columbus Dispatch Oct. 2016)

Towards the end of John’s life, even as he battled sickness, he became actively involved in helping organize an annual event to raise money for the Unverferth House. After John’s passing the event was named The John Hicks Unlimited Love event. Ann Carmichael described John’s involvement, “He would come to committee meetings. He was very involved. He came to the first one. He was there even though he was pretty sick, but his wife and kids have come to every single one of them and they are great.”

Unlimited Love is the perfect name for an event named after a man that has such a giant capacity to love others. Every year, for four years now, the event has brought together speakers on both sides of the rivalry to share battle stories. Last year, Cornelius Green and Jim Tressel spoke on behalf of OSU and this year the 50th anniversary of the 1968 National Championship team will be honored with Rex Kern and Brian Baschnagel speaking. Jack Harbaugh will be sharing what’s bound to be great stories about that team up north.

While serving 200 plus families is wonderful, the needs of the transplant and other hospitals in the OSU community go far beyond just 200 families. Roughly 170 families had to be turned away and were not able to be helped last year. The Unverferth House’s goal is to build an entirely new facility that can house many more families and meet the needs beyond just the transplant community. “At a minimum we want 45, and then we would love it actually to hold at least 60 if not more, and it would be then for the entire medical center. It would be for the James patients, the main hospital, and then for the Ross,” Carmichael stated. Money raised from the Unlimited Love events all go to fund this new building project and to further Dr. Unverferth's legacy of healing and helping even more.

In this day and age, we tend to glorify what athletes do on the field, myself included. The Unverferth House story is so touching because we can see how the off the field legacy of one-man Dr. Unverferth, helped spark such a great cause, and in the process has helped so many people. It’s remarkable to then see another Buckeye great in a different decade, John Hicks, a giant on and off the field, come along and help advance Dr. Unverferth’s legacy even further.

If we can have one take away from the story of the Unverferth House, it is that life is more than a football game. It’s more than wins and losses. It can be a journey of unlimited love and it can start with you.

To donate to the Unverferth House you can go to their website and donate directly.


Nicholas JacksonCopyright 2018 Nicholas Jackson - All rights reserved.
Nick is a 1997 graduate of Ohio University, in Athens, Ohio where he received his B.S in Biological Sciences. He went on to receive his Master’s Degree in Physical Therapy at Andrews University in Dayton, Ohio and then his Doctorate in Physical Therapy from Chatham University in Pittsburgh. He has been published in the Newark Advocate, The Granville Sentinel, and the St. Louis Metro Voice; and professionally in the Journal of Acute Care Physical Therapy. Nick has also been a guest host on 88.9 WLRY and 880AM WRFD